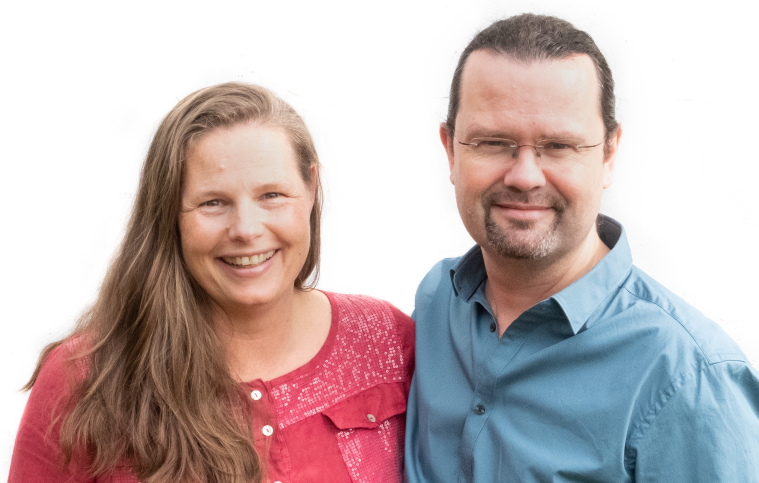 We, Karin and Maxim, are a twin ray couple, living in the Netherlands. We are down-to-earth people, and in addition to both having had an intense focus over the past 15 years on our spiritual transformation and service to the collective, we have also lived ordinary, earthly lives, raising children, and working in Finance and ICT.

We were brought together by Spirit in 2012, and we’ve been together for 9 years now. In a beautiful synchronicity, a twin flame friend of Maxim was given Karin’s name by Spirit at the beginning of 2012, as being Maxim’s twin ray. Maxim contacted Karin the same day, and a few weeks later, after a special activation of our heart connection, we stepped into a love relationship. Later in 2012, to our surprise, we entered into a spiritual-energetic marriage initiated by Spirit, in a Mary Church in Rome, with a blessing from Lady Master Mary (Mother Mary). We have lived many lives together as spiritually conscious partners, in places like Atlantis, Egypt, Israël, India, Malta and Mexico. Our embodied consciousness is currently in 12D. We are both full embodiments of our Ascended Master Selves, Lady Master Angelica and Master Hilarion. These higherdimensional parts of ourselves work closely together in the higher dimensions as well.

It was the intention, our blueprint for this incarnation, to come together this life on Earth, to ground our Cosmic Selves into ourselves, and come to full self-realization. Since 2012, we have undergone a stormy development. In the first phase, from 2012 to 2020, we had to do our work in silence and anonymity, in favor of our inner transformation and our planetary lightwork. This gave us the energetic tranquility we needed for that, without too much outside influences, from people and from opposing etheric forces. Before 2012, we had both already given many workshops in the field of ascension and sacred geometry, but we stopped doing this in 2013. In 2009, Karin also wrote a spiritual children’s book, available here (also as e-book).

In the period 2012-2020 we meditated a lot together and did much work in the ether while meditating. We’ve done a lot of inner work purifying, grounding and unifying ourselves and our twinray connection. In these years we have also collaborated extensively with the Ascended Masters, Archangels, Elohim, Extraterrestrials, Dragons and Nature Beings. We have been involved in the december 2012 transition, the anchoring and protection of the Diamond Ray on Earth, the reconnection with Source, the grounding of Divine Truth, the grounding of the Cosmic Christ Child, the enabling of soul embodiment, the movement through the 4th dimension, the dismantling of the 3D Matrix, and the birth of 5D Earth. We have played pioneering roles in freeing ourselves from the Matrix, constantly dealing with many dark forces and 4D technology trying to prevent this. We have traveled in meditation to many places (on, inside and outside the Earth) for healing, gridwork, activation of sacred sites, receiving initiations, neutralization of dark forces and liberating trapped light forces. Places where we have done lightwork, among others, are the Netherlands, Egypt, Israel, Ethiopia, Italy, Bosnia, Great Britain, Ireland, France, Brazil, Peru, Bolivia, Panama, Iona, Antarctica, Atlantis, Telos, Niburu, Arcturus. Often in our work our twin ray heart connection played a decisive role when we had to break through dark fields, but in the end no dark force ever proved able to resist this love force. Sometimes we would travel to the “Heart of Darkness” to make a change, and there our love power was put to the test the most, putting a lot of pressure on our heart chakras and physical hearts. Outside of our guides and Higher Selves, Archangel Michael in particular has played a major, guiding and directing role in our meditations. At major milestone activations and initiations, our Elohim Selves showed themselves.

In June 2021, Spirit indicated that it is time to to step out of anonymity and start giving healings and workshops. Spirit emphasized that we use our twin ray heart connection in our activities, so that is the foundation in both our distance healings and in our workshops.

The collective ascension process, the Earth experiment, is already a great success, and many eyes throughout the cosmos are currently pointed on Earth. The Light has won, the Earth and the people who have transformed themselves are ascending, there is no turning back. What remains now in the coming years is to support that part of the world’s population that has not yet consciously opened itself to spiritual reality and the possibility of ascension into the 5th dimension. There will be a lot of changes in the coming years, enforced by the increasing Light. In these years there will be a great need for balancing, healing and raising frequencies. Many lightworkers will be called to do this by Spirit, and we, Karin and Maxim, will do our part with love and dedication.